No new memories are created

except the sharp clarity of who forgets.

Five years have gone by, Little One. Grief is small and quiet now, tamed.

I remember that it hurt but not how it hurt.

Visions of your days– your death, your birth, the in-between– come to me

Every day. I still feel you, tucked in my heart. 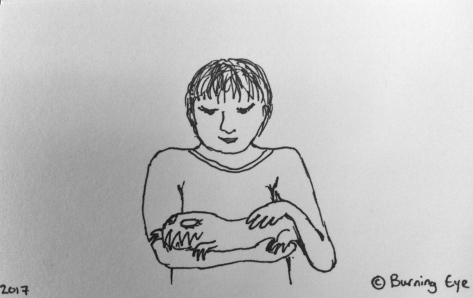 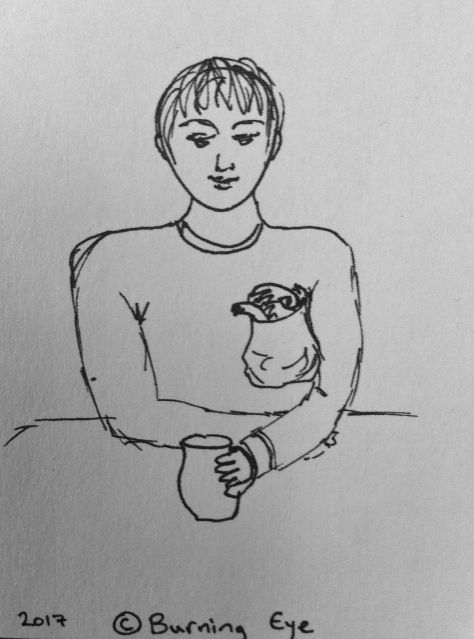 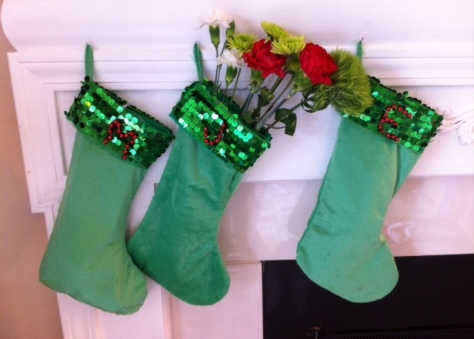 I remember you every day.

The mother I have become, because of you.

The children who live, because of you.

The God who remains distant, because of you.

The first months of grief, I couldn’t understand how any of the writers could leave. How I could stop writing about Joseph. How grief could change. How I could learn to live with my firstborn’s absence. But I have lived into all of those once inconceivable things. And I know that leaving Glow is not abandoning the memory of my son. It is just simply time for whatever is next.

Once there was a woman who was good friends with God. They spent time together and talked daily. But Death came for the woman’s firstborn and after that God didn’t come around anymore. And really, who could blame God for staying away while Death was there? The woman didn’t much feel like talking to anyone, anyway.

But soon Death went away, and the woman was alone in her grief. Every now and then, the woman would say God’s name quietly, just to see if she would get an answer. But there was none.

Time passed and soon the woman was pregnant again. She thought surely her old friend would come to visit when the new baby came, so she prepared herself. She thought of what she would say to God, what stories she would tell, and all the other things she’d saved up.

So the days passed and the woman gave birth to a baby girl. And God didn’t come. Not even a phone call or card. The woman was hurt. Angry, even.

“God, where are you?” she called out. “I thought you would be here.”

The woman listened expectantly, rocking her daughter gently in the rocking chair, but she got no answer. She looked out the window and saw Death coming down the road. Bolting out of the chair, her new baby clutched to her chest, she barred the door and locked the windows.

“Get away from here!” she yelled out at Death. “Don’t you come again to this house!”

The woman counted a hundred rapid heartbeats, then, hearing nothing, she peeked back through the window. Death had gone.

A few months went by and the woman delighted in her motherhood, but sometimes things were hard and she felt very lonely. One sleepless night, she called out to God again, irritated, “It sure would be nice to have some help from you!”

A little while later in the early dawn, there was a knock on the door. The woman put down the sleeping baby and peered through the peephole. And there was Death on the porch.

Terrified, the woman threw herself against the door to barricade it. “Go away!” she yelled. “You already took my firstborn. Leave us alone!”

She counted a hundred heartbeats before she slowly put her eye back to the peephole. Death had gone.

By and by, the woman had grown used to God’s absence and didn’t think much about her old friend. But one day she got to missing God again, and she called out, “God, come and visit me! Let’s talk. It’s been so long.”

The woman looked out the window and again she saw Death coming down the road. She ran and barred the door and locked all the windows. “Why do you keep coming by here?” she yelled out as Death came up on the porch. “I already told you, you’re not wanted here!”

This time Death spoke, sounding a little annoyed. “You keep calling me.”

“I didn’t call you,” the woman said. “I was calling for my friend God.”

“Ahh,” Death said then. “Open the door. We need to talk.” Death tapped on the door.

“No way,” the woman said, glancing nervously over her shoulder at her baby playing quietly with her toys.

But Death was persistent, and said she had something to explain that could only be understood by showing the woman. Death’s voice was so gentle, there was something almost familiar about it. So, hesitantly, the woman relented and lifted the latch on the door, and opened it.

Death stepped over the threshold and held out her hands, as if to say, “See? I’m not going to hurt you.” Then she waved one hand slowly in front of her face, and suddenly, instead of the old, hollow face of Death, there was the radiant and loving face of God.

“Oh, God, it’s you!’ the woman said, stepping forward to embrace her friend. But the hand dropped and once again the face of Death peered out at the woman from under the dark hood.

“I… I don’t understand,” said the woman, falling back a step.

“I have many faces,” Death said. “And many names.”

The woman still didn’t understand, so Death lifted one hand up and pulled back the hood.

The woman gasped. On Death’s head were three faces, looking in different directions so the other two had been hidden by the hood. One was the face of Death, and one was the face of God. The third she had only a vague recollection of, as if from a long-ago dream. As understanding settled in, she began to feel a bit ill and closed her eyes. Death pulled the hood back up.

“But if you are also my friend God,” the woman asked, “why do I only see you as Death?”

“Once you have seen the face of Death, it’s very hard to forget,” Death said sadly.

“Will it always be this way?” the woman asked. She met Death’s eyes.

“Some have learned to see my other faces again, with time,” Death said.

The woman looked away and down at the floor. “I think I need some time,” she said softly.

At that moment, the woman’s daughter looked up as if noticing for the first time they had a visitor. She smiled broadly at Death and reached her hand up to give a pudgy wave. Death smiled back, and for a moment, the woman could almost make out the features of the third face.

“Well, I should be going,” Death said, heading towards the door.

“Yes, yes,” the woman mumbled, and went to show Death out.

Death hesitated on the doorstep a moment. “I hope you will call again.”

Death turned to go, and the woman pushed the door gently but firmly shut.

I wrote this parable almost a year ago. Some days I think I still need more time. Other days I’m perfectly happy to keep that door shut tight.

There is a woman at the park we recognize. Work? City Arts? Our mutual friends introduce us. We swap names. She works at the university. She of course recognizes A., who is thin and blonde with distinct features. She barely looks at me.

I glance at her son.

I think we were in prenatal yoga together.

I follow M. around the playground, help her up the ladder. I glance at her son. 3 and a half years old.

Yes, we were in prenatal yoga together when I was pregnant with…

I ask our mutual friends how old her son is. Quietly. Apart.

I do not look again at her son. At how big he is, how old. How he is climbing on top of the tunnel, listening to his parents’ conversation with three-year-old understanding. I do not look back at his dark hair.

Yes, we were in prenatal yoga together when I was pregnant with Joseph, I do not say to her. He was my first, I do not explain at her bewildered glance at my two daughters, assessing their ages.

Today is not a brave day.

The news comes in the morning:

They did an emergency c-section.

It is pouring outside and I

Am nursing our baby

who shared his due date.

Their nightmare opens wide before me

A ton of bricks falling in slow motion, all day,

On my bruised, heavy heart.

I relive our own shock,

Our own early days.

I hear the echo of myself wailing.

As if, in reliving,

I could save them from the pain.

I go to sleep and wake again.

He is still dead.

I nurse our daughter again, alive.

He is still dead.

This world is wholly unfair.

One dead, one alive.

They will wake each day to the loss of him.

Each day a new insult:

The box of Enfamil samples on the front porch,

The coupon in the mailbox for nursing bras,

The email discounts on their baby registry.

I’m sorry, I whisper to each of them in the dark.

Because there is nothing else I can do.

Joseph, your new baby sister E is here. Safe and sound, born alive, still breathing these twelve days later. I wrote this poem for her, for you.

Waiting for a breath,

My mother tells me of this vision as I go into labor:

An angel bringing her to me.

I hang up the phone as quickly as I can and try to banish it from my mind,

Thinking only of my father battling Death,

As you lay dying inside me.

She meant well, my mother.

She saw it as cheerful, and safe.

But I do not think of angels this way.

I say a swift prayer

make a sign to ward off the evil eye

No, I do none of these things.

I do not see the world this way.

I only hold your mother’s hand.

She is my comfort.

Maybe it is Joseph, bringing her to us,

Tears in both our eyes.

I shake my head slightly.

How would I know, if it were you?

I search for you in the shadows of your new sister’s eyes and mouth.

I hold her thin body close,

Lips against her forehead.

I never kissed you.

How would I know, if she were you? 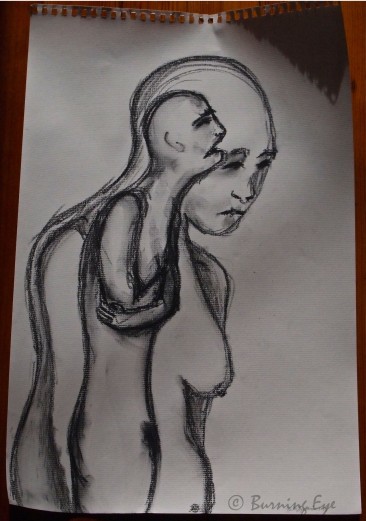 This was the first drawing I did after Joseph died. I never published it here. She was too vulnerable, I think.

But she is still with me, and I refer to her in my latest piece on Glow.

A few months ago, I made a little book of water colors. An abstract children’s book about grief. I picture it as a board book, each page spread a new, bright, glossy watercolor, with a simple line of text below. The color saturation here doesn’t quite do it justice, but here it is…

Death, when it comes, cracks everything open. 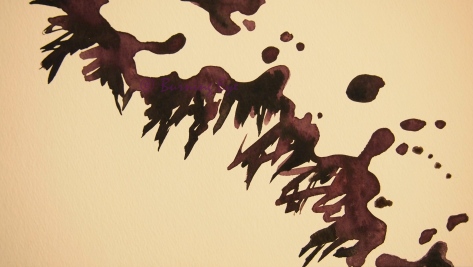 There is a sharp divide: Before. After. 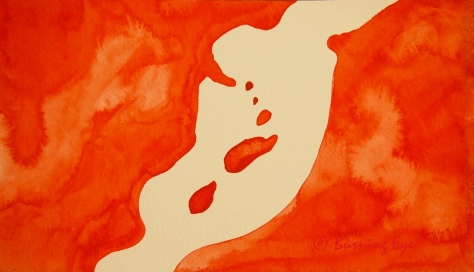 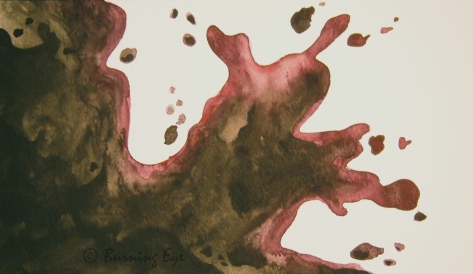 Grief covers everything in thick waves. 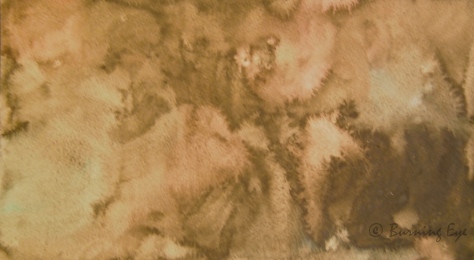 It has many colors. 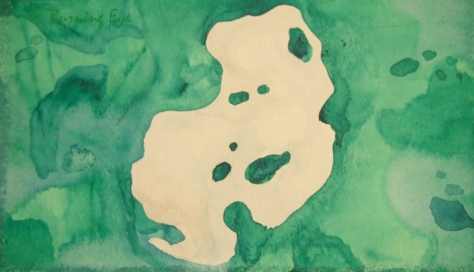 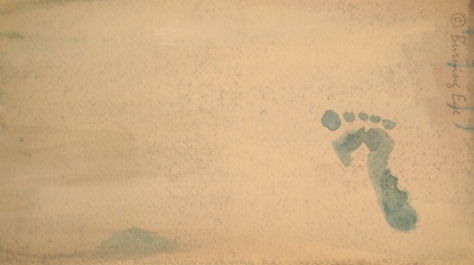 There is loneliness. The absence of you. 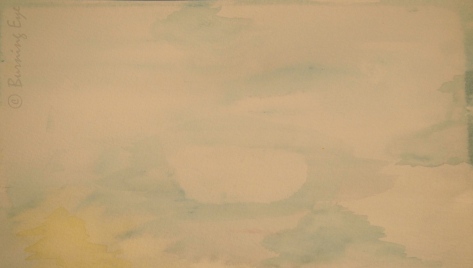 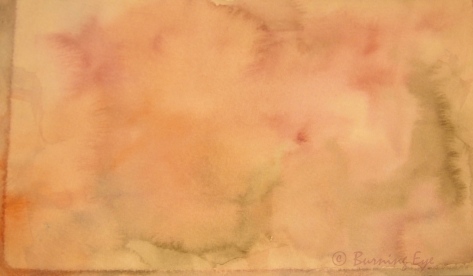 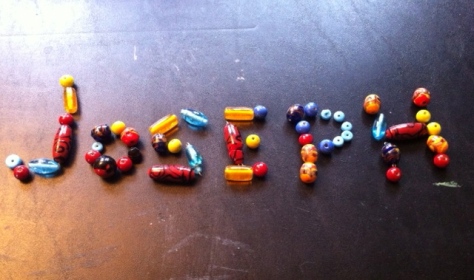 a little art for our little boy 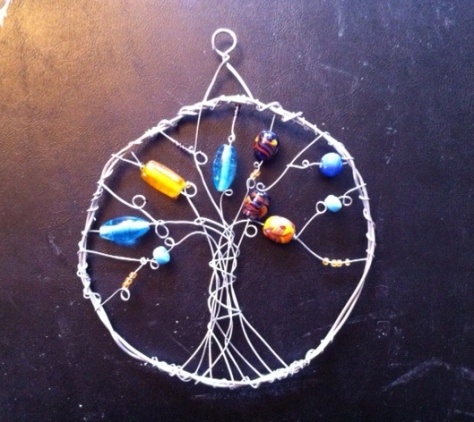 i made this one. a tree seemed appropriate. 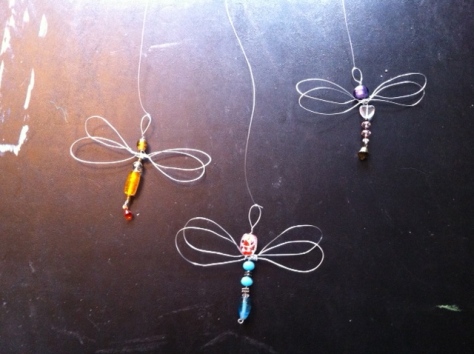 i can’t believe it’s been 3 years.

All rights reserved. No part of this publication may be reproduced, distributed, or transmitted in any form or by any means, including photocopying, recording, or other electronic or mechanical methods, without the prior written permission of the author. thethingsimmadeof (at) gmail (dot) com If you want to share something you find here, please just share the link to the blog.